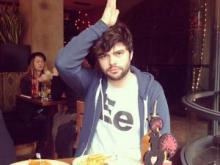 How Helpful?:
Author:
Christopher Poole
Number of Visits:
This was my first visit
How Busy?:
Almost Full
Date of Last Visit:
Friday, May 24, 2013
Time of Day:
Weekend Dinner (Inc Friday)
Rating:
3.38 / 5
Friendliness of Staff:
3 (Not bad. Did everything I asked of them)
Speed of Service:
4 (5 - 10 mins - Some conversation had begun)
Quality of Food:
3.5 (Average but with lots of peri-spice)
Decoration & Cleanliness:
3 (Standard Nando's, nothing bad, nothing exceptional)
Comments - Stand out in our monthly competition! What did you eat? Unique aspects? Parking/transport tips?:

PLACE: Table 32. This Nando's is a modern building on the edge of a park. The dining arena is set up in a glass circle, a bit like camberwell but less clocky. I really enjoyed the mezzanine level and the all-over sense of design, it was a bit like an Apple store. One thing that got my goat though was the lack of sauces. Just one left when I arrived at the sauce station! Not acceptable for any 'dos, let alone a new one- 7/10

SERVICE: Host- Mo. Mo was fine but mysteriously, he didn't question my ordering of 2 refillable soft drinks for one person. Surely he should have flagged that up as unnecessary and informed me to just order one drink- 7/10

FOOD: I had sangria as well as soda and I have to say, it was quite nice, it wasn't great but it was refreshing on a muggy day. In terms of nandofood, my advice has always been- never get the wraps; like this 'struant, they lack sauce and are mostly salad. But then it hit me- try the double wrap for more sauce and chicken. That's exactly what I did and I think it finally has a justified place on the nandomenu. It was a bit like a dry fajita with a bit of salad and it was very delicious but I have a few cons- 1. It was under-spicy and tasted like a medium or below, not extra hot 2. What the hell is a seemingly healthy wrap doing having the most calories on the menu? and 3. it was a bit too neatly prepared to garner the same excitement as a messy, saucy pitta- 7/10

COMPANION: Laura (Bertie's gf) was an absolute top-notch dining companion who really earned her high score. Firstly, she did not complain that I was 15 minutes late but then, to my surprise, she actually donated two loyalty cards to me that had a free half and a free 1/4 chicken. I thought she couldn't get any better until she actually bought a jug of sangria for us to share and collected the cutlery- 10/10 (Bertie gets 6/10 because he can't take high companion scores for granted just for inventing the Nando pose, also, a higher score would have been narrowed the gap too close to Laura's incredible companion performance.)