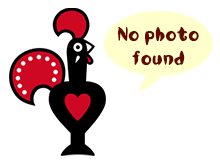 How Helpful?:
Author:
Andrew Keogh
Number of Visits:
2-5
How Busy?:
A few tables occupied
Date of Last Visit:
Friday, March 27, 2015
Time of Day:
Weekday Dinner
Rating:
2.38 / 5
Friendliness of Staff:
3 (Not bad. Did everything I asked of them)
Speed of Service:
1 (>25 mins - Asked repeatedly. I need my Nando's)
Quality of Food:
1.5 (Very disappointing - cold, flavourless, burnt)
Decoration & Cleanliness:
4 (Very clean, newly furnished, impressive artwork and lighting)
Comments - Stand out in our monthly competition! What did you eat? Unique aspects? Parking/transport tips?:

...I'm posting this here due to a complete lack of any response to an earlier posting on the restaurants' Facebook page...

Wasn't particularly busy. Was shown to table by waiter who asked us if we'd been before and left. Went to order food from counter to be met with a fairly impatient person in a blue shirt who seemed to be in a bit of a hurry to get me out of the way. I ordered and went to get drinks and cutlery.

Took a few attempts at finding clean cutlery, but found some which seemed okay and sat down to wait for the food. It arrived 25-30 minutes later. No apology for delay.

Half of my double chicken wrap was virtually empty; it had one chunk of chicken in it - the other half had a regular half portion in it. The wrap hadn't been heated up so was hard and cold. I'd say there were half the usual amount of fries, which were barely warm.

Called a waiter over who agreed that the food was substandard and that he'd put it right,(extremely courteous and helpful), I explained that we were a bit disappointed as this was our third time buying food here and the second time there'd been an issue with the quality of what we'd been given as a previous takeaway order was very poor. He eventually returned with the same plate along with what appeared to be the same wrap with slightly more chicken put in it and re-wrapped, with a few more fries.

The lady sat on the table next to us had been served the wrong dressing on her food. The people sat on the table in front of us got up to leave and commented to each other that the food was, to use their words, "s**t". They left with no acknowledgement and their plates still on the table.

My partner said that her food was very bland and I noticed that mine, generally, tasted a bit lacking.

Considering the long wait, badly prepared and poorly seasoned food we'd been given and the fact that this was the second issue we'd had in this Nandos, I was kind of expecting a Manager, (or someone - anyone), to stop by and see how we were getting on. Nothing. Nada. Nowt. No acknowledgment whatsoever of the poor visit now or the poor visit previously. Nobody bothered.

When we got up to leave, our plates were still on the table even though we'd been finished for a good five minutes, debating whether to risk the probable disappointment of a desert, despite not being asked if we would like one as is usually the case in other Nandos. As we left, we received no acknowledgment, no "goodnight" - absolutely nothing whatsoever.

Thankfully, the upset stomach we both had the next day, subsided within about 24 hours and was totally gone the day after that. Was it the dirty cutlery, the diabolical food or just a coincidence? Who knows? I wonder if the quality of the food is a good indicator of the cleanliness of its preparation.

It's very bad chicken and chips - for twenty five quid. I'm struggling to see how this is any better than one of our local kebab shops in Gateshead who'd charge a quarter of that for what has proven to be better food, faster service and what would appear to be better kitchen standards. I work with the public all day. so am very careful to be polite and discrete when raising concerns over things like this and I made a point of stating to the waiter that I'd be extremely grateful if he could put the meal right, but wasn't happy. He was fine, but the management were conspicuous by their absence.

We were very happy when Nandos arrived in Gateshead - we both loved Nandos and were considering visiting every week on a Sunday night as a treat, but we've binned that idea. As a comic footnote, I called the Nandos customer care line the next day at 3pm to hear a recorded message telling me that they were "out of the office" and that I should call back during office hours.