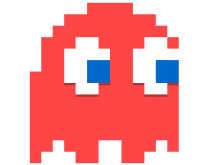 How Helpful?:
Author:
Jonathan
Number of Visits:
10-50
How Busy?:
A few tables occupied
Date of Last Visit:
Sunday, August 9, 2020
Time of Day:
Mid-afternoon or late evening
Rating:
4.75 / 5
Friendliness of Staff:
5 (Wow, I feel incredibly welcome! Recognised if a frequent visitor)
Speed of Service:
4 (5 - 10 mins - Some conversation had begun)
Quality of Food:
5 (Nando's fit for a King - The very best (Please tell us why)!
Decoration & Cleanliness:
5 (An exceptional Nando's! (Please tell us why) )
Comments - Stand out in our monthly competition! What did you eat? Unique aspects? Parking/transport tips?:

After my last Nando's visit (Leeds J27) a couple of weeks ago, I was super happy when a Nando's branch a bit closer to home (10 minutes away from home instead of 2 hours) was announced as re-opening for the sit in experience.

Having already been to Nando's in these times, I already knew how it was going to work regarding what you can / can no longer do as a customer. We arrived on a Sunday evening, I was actually expecting it to be much busier than it was but I was pleasantly surprised at how empty it was. We were greeted by a Nandoca who immediately recognised us from all of our previous trips and was happy that we'd managed to return!

A quick scan of the QR code placed us in the virtual queue, we were #1 and had to wait 10-15 minutes for a table, which we opted to do in my car rather than stand outside. Once we entered and after we'd used the hand sanitiser, we were shown to our table which was a good choice, as it was one of the booths at the back. If you've ever been to this branch, those are the tables you want to get!

Much like Leeds, the occupied tables were well spaced out so there was nobody bumping into each other. The bonus with my seat is I could see all of the food being plated up, yum!

Staff
It was great to see the staff in such high spirits in what I'm sure is a stressful time for anyone working in the industry. This branch always has pleasant staff and nothing was too much trouble, given they now have some extra duties. Again, like Leeds, they adhered to social distancing guidelines and were wearing face protection, gloves etc.

Speed
I've always felt the speed in this branch has always been consistently good. I think in all the times I've been, the longest I've had to wait is 15-20 minutes, unlike some other branches which have you waiting 45-60 minutes sometimes! It was good to see the speed hasn't decreased with the new rules in place. Our food around in around 10 minutes from placing the order.

Food
The important bit! Another thing about this branch that is fairly consistent is the food quality. Some branches I've frequented in the past seem to vary from great to pretty awful but Teesside is always up there with great quality food! I went for my usual (surprise surprise):

I also got 1/4 Chicken (Extra Hot) as I was feeling extra hungry! The quality of the food was amazing, the garlic bread was perfect, the chicken was lovely and the chips had just the right amount of Peri Salt on them! I do wish I got some Perinaise but couldn't actually see it on the App you have to order from.

The layout hadn't really changed from my last visit, all of the tables were in the same position but obviously a lot of them weren't occupied. There are certain parts of this restaurant that are more squashed than others and there's also some tables with seats without any backs which I always thought was odd, that said, I wouldn't be surprised if those tables were some of the ones that they aren't currently using.

They'd also placed more tables outside of the branch, presumably these were used earlier in the day when it was busier but I'm glad we didn't get seated outside as it was starting to become chilly!

No noticeable decor changes that I could see. I actually had a look around to spot any differences like the face mask painting I mentioned in my Leeds review, but I couldn't see anything like that. I've always enjoyed the decor in this branch and even though it's been open a few years now, it still feels fresh.

No issues with cleanliness. The Nandocas seemed to be on top of everything, that might be because it was fairly empty when we arrived but from what I could see, everything was clean! As I mentioned earlier, you have to use hand sanitiser as you enter the branch however they had bottles you pick up and use, rather than the foot pump, which they did have but it was broken. Hopefully they'll get that fixed soon as whilst I had no problems using the bottles of hand sanitiser, there will be some people that may be put off using them and prefer a foot pump.

It was great to get back to our local Nando's and hopefully this means regular trips can now resume, it's been a long 4 months without our weekly fix of Peri Peri goodness! If you're in the area, definitely check this branch out! A word of warning though, because restaurants are currently doing the "Eat Out to Help Out" scheme this month (August 2020), don't be surprised if you can't get into this branch Monday - Wednesday. A friend of mine tried and was told they were completely full. If you're happy to not get 50% discount, I'd recommend early - mid evenings for this branch, it seems to always be quiet around that time.