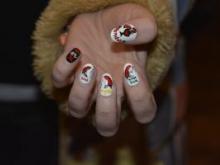 How Helpful?:
Author:
SVC
Number of Visits:
This was my first visit
How Busy?:
Almost Full
Time of Day:
Mid-afternoon or late evening
Date of Last Visit:
Saturday, December 27, 2014
Rating:
2.88 / 5
Friendliness of Staff:
2 (Quite rude, ignored me as they walked past)
Speed of Service:
3 (10 - 15 mins - Nando's average)
Quality of Food:
4.5 (Great - Very tender, piping hot, not at all burnt, dripping in sauce)
Decoration & Cleanliness:
2 (An old Nando's, needs some investment)
Additional Comments - This will make you stand out in the competition! Unique aspects? Student discounts? Parking tips?:

After asking for directions multiple times, getting a lift to nowhere and a rather long trek around the world's largest mall, we finally pushed through the crowds to the underground food court and beheld the red illuminated vista we had been searching for! Sadly, it was a reflection and we would have to venture five minutes further to find nandvana.

As we arrived we went to colonise a table expecting a waiter to come and take our order as had happened at the Nando's in Dubai Marina we looked around to find that this Nando's was that Nando's poor relation and as such no one would be coming to take our order. This Nando's had almost no identity, it could have been any pop up stall in a mall and its shared seating made it hard to decipher which of the patrons were indulging in a Nando's and who was having a McDonald's and the like.

As I surveyed the menu there were clearly many things we do not have on our menu and so I chose chicken strips and rice and my mother chose chicken and mushroom soup. From our surroundings we were almost certain were to be disappointed until they handed us a special Nando's beeper that casually stated " The secret Peri Peri (is) worth waiting for " .

We returned to our table beeper in hand and enjoyed a spirited debate about what was different about this Nando's to others we have frequented. As we slipped into a Nando's haze we realised our beeper was shaking and flashing and thus it was time to collect.

As I went to the counter I began to feel my love of Nando's rekindling with the anticipation of the food. However, as it arrived I noticed something shocking. The food was being delivered on paper plates and it had been sploshed on the the plate as if it were school dinner.

So I took my plastic cutlery in my hands and took a bite of my medium chicken strip and it was heavenly! The chicken was perfectly cooked, excellently spicy and as yumtastic as I could hope to expect. My mother has never enjoyed a Nando's experience so much and has vowed to start a petition asking all UK Nando's to purvey soup so that she may actually eat and enjoy on a more consistent basis.

Overall, our Nando's experience was excellent, if one is a true Nandventurer on a UAE mission you could have some fantastic food in a rather un-Nando's setting. Enjoy!