I'd like to be able to say that the primary catalyst for my trip to South Africa was my love of Nando's. While this is not the case, I still took this unique opportunity to visit as many South African Nando's restaurants as possible.

The first difference which is immediately apparent is that some restaurants offer service at the table. My experience was that this didn't appear to be based on how busy a restaurant was, but merely how willing the staff were to accept table orders. If ordering at the till, the experience is almost identical to the UK. Regardless of whether you order the food at the table, a waiter will still bring over your cutlery, napkins and straw if required.

Waiting for you when you get to the table is a selection of four sauces in a handy stand complete with handle. The sauces usually were garlic, lemon & herb, hot and tomato Nando's brand sauces. These were complemented by a regular salt shaker on one side and peri-salt on the other. The peri-salt shaker was perhaps the biggest highlight of South African Nando's for me, since in the UK we appear to have been conditioned into thinking it is acceptable to pay 10 pence for a dashing of paprika mixed with salt and dry spices. As well as being charged for the peri-salt, the amount offered can be highly variable, with sometimes it being barely visible, and others the smothering too intense for pleasure. Pouring it on yourself certainly makes a lot more sense, and given the free offering of unlimited amounts of peri-peri sauces, why can we not have the peri-salt free too? Its meant to be part of the Nando's experience after all, and is also given free in USA, Canada, Australia and Cyprus to name a few.

Peri-salt rants aside, the wait for food came next and I always found it to be around 5-10 minutes regardless of how busy the restaurant or how big the order was. This also included all food for up to six people arriving at the same time. Aside from vastly aiding time estimates when planning a Nando's meal, it is obvious that maintaining a steady average delivery time is more desirable than the wildly varying times UK restaurants can take (anywhere from 2 to 45 minutes in my experience). It also reduces the risk of being finished with a meal before some food even arrives - a common issue when visiting with groups of 6 or more at home.

When the food arrives it is on different crockery to the UK, and apparently the same as that which is found in Canada. My first meal consisted of burger, chips and rice, but the rice was soon dropped due to it not being as nice as in the UK (though identical to the rice in USA and Cyprus restaurants). UK Nando's seems to get the rice just right, and it is without a doubt the aspect of visits in the UK which I look most forward to returning to. Rather than rice, in future meals I opted for a quarter chicken breast piece, which was substantially larger than those in the UK, and a justifiable meal in its own right. Each burger also featured a larger piece of breast fillet, and it was difficult not to reminisce about when portions in the UK were substantially larger than they are today. The fillet always filled the entire bun, and there was therefore never any unwanted bread long after the chicken had been eaten. I even tried a chicken wrap on one occasion and it was stuffed to the brim with tender chicken breast cubes - no rationing resulting in a wrap largely composed of lettuce and mayonnaise. As for the fries, they were skinnier, similar in quantity to a regular UK portion, and always cooked to perfection (no under cooking and/or burnt fries like in the UK).

One of the most important comparisons to make is without a doubt the one between the various sauces on offer. Rather than the four spice levels on offer in the UK (I won't count extra-extra hot since it is unavailable at the counter), there are five levels: Mediterranean, lemon & herb, mild, hot and extra-hot. The jump from mild to hot therefore seems a bit sudden to a seasoned UK veteran. Medium lovers in the UK may be unsure whether to take the perceived step down to lemon & herb, or to break through the psychological barrier to hot. Luckily this wasn't an issue for me, and extra-hot was as perpetually satisfying in South Africa as it is in the UK, with the taste being almost identical.

Probably the main question with regards to the food is did I prefer Nando's in South Africa to Nando's in the UK? The answer is not a simple one, since a finely prepared UK meal would be preferable to a South African meal (mainly because of the rice). However the sheer number of variables in the UK means it would be difficult to recommend over South Africa, since one can expect a below average meal just as much (if not more) as one can expect an exquisitely prepared example.

While eating all this food, it was necessary to find time to take in the decoration on offer in each restaurant. Five of the six I went to were near identical and what I would describe as distinctly 'Nando's average'. The only exception was at Eastgate, Johannesburg, which had some interesting artwork and designs on the walls. Therefore in the decoration category, I would without a doubt suggest UK Nando's is better.

The final aspect to consider is the price of a meal. In South Africa a burger and chips costs just under 3.50; something which would cost double in the UK. Clearly there are big economical differences between the two countries, though I still feel the UK Nando's is overpriced (and becoming increasingly so as time goes on). With the price of a double burger, two sides and a drink at over 15 currently, it is hard to see how much further Nando's UK can take the price increases.

It should be obvious from reading the above that the Nando's South Africa experience is a far more homogeneous affair when compared to Nando's in the UK. While this clearly demonstrates better all-round management and commitment to a fast-food ethos, it reduces the need for a website such as Rate YOUR Nando's. Therefore perhaps I should be pleased with the ups and downs of UK Nando's dining, for they add endless value to the Nando's rating experience this side of the equator.

*Article originally written in May 2011 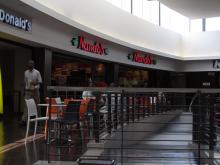 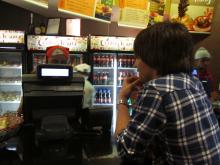 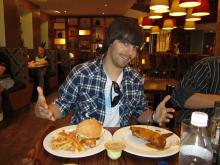